Mike, my husband, and I are full-time voice talent and we never set out to create what is Atlanta Voiceover Studio (or at least what it has grown to be). 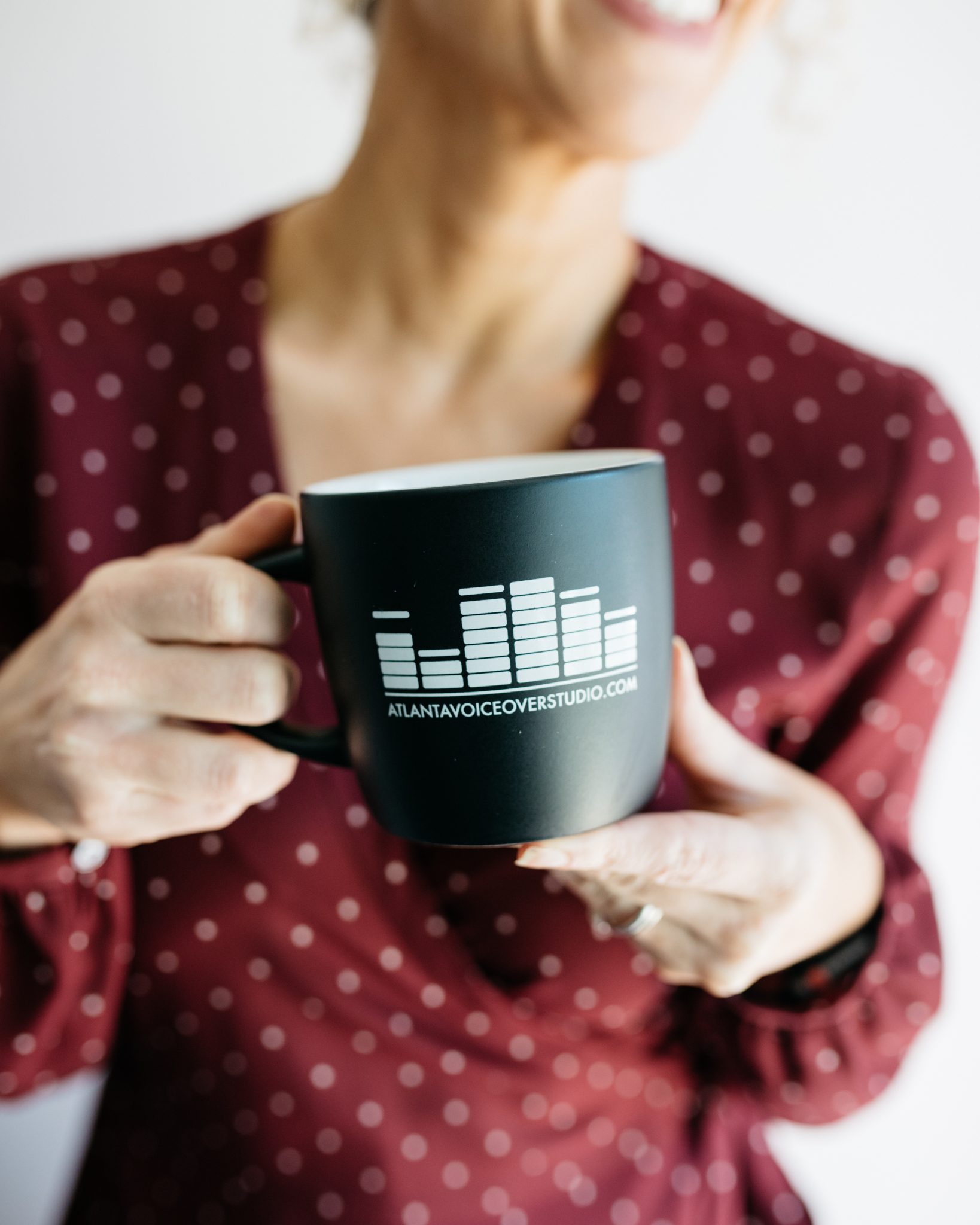 Four and a half years ago, I complained to Mike that I hated not seeing people on a regular basis. The “con” of being a voice talent for an extrovert. He suggested renting a small 100sq ft office from a friend of ours that was opening a sound stage studio.

Mike thought we could build a small VO booth in that office, use it for our VOs and let other talent that didn’t have a home studio book appointments for auditions. At the time, a lot of our on-camera actor friends would get VO auditions from their agents but it wasn’t a super regular thing so they didn’t want to spend the money to set up a home studio. Offering our space for them to audition would allow them to not miss out on VO opportunities, maybe cover our rent for the space and I’d get to see people!

That’s how AtlantaVoiceoverStudio.com was born. We started it in July 2016. 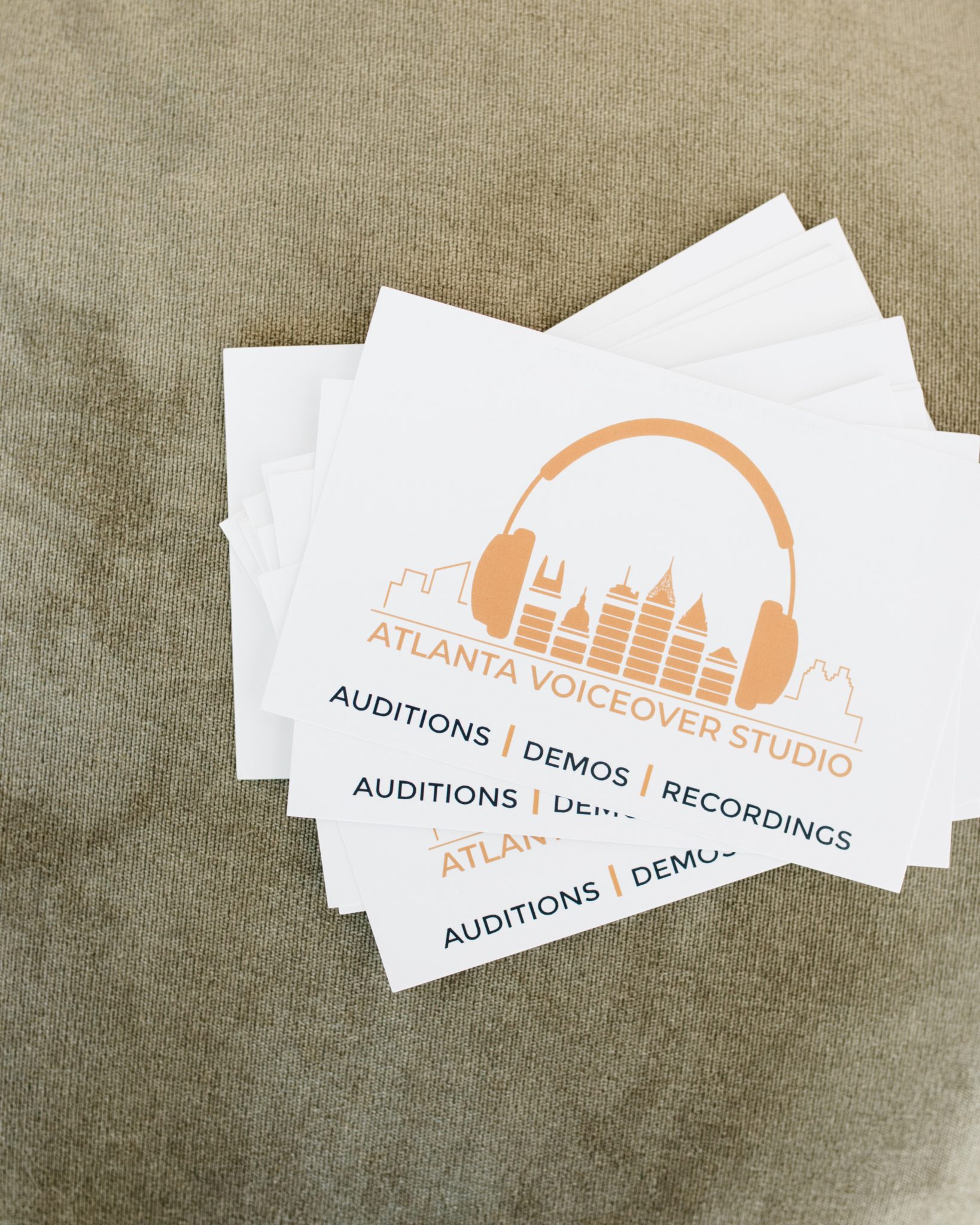 Once we officially “opened the doors,” auditions started coming in. It wasn’t a ton, which was perfect. We never set out for it to be a revenue stream.

But within the first few months, as people were coming in to audition, they constantly asked us “Do you do classes or workshops? Do you do demos?” And we started getting calls from studios and companies in other cities asking if they could book their talent in our studio to record. They just Googled “Atlanta Voiceover Studio” and we were the first that popped up.

We were trying to refer voice talent to other voiceover training facilities in Atlanta but with the closing of a long time place, we realized what a need there was for this! The fall after we opened up, our friend Brian Bremer reached out to us and said, “I’m teaching an Intro to VO Workshop already, would you guys be interested in me teaching at your studio?” We thought, “Yeah! This is great. We’d be giving the people what they want & need!” 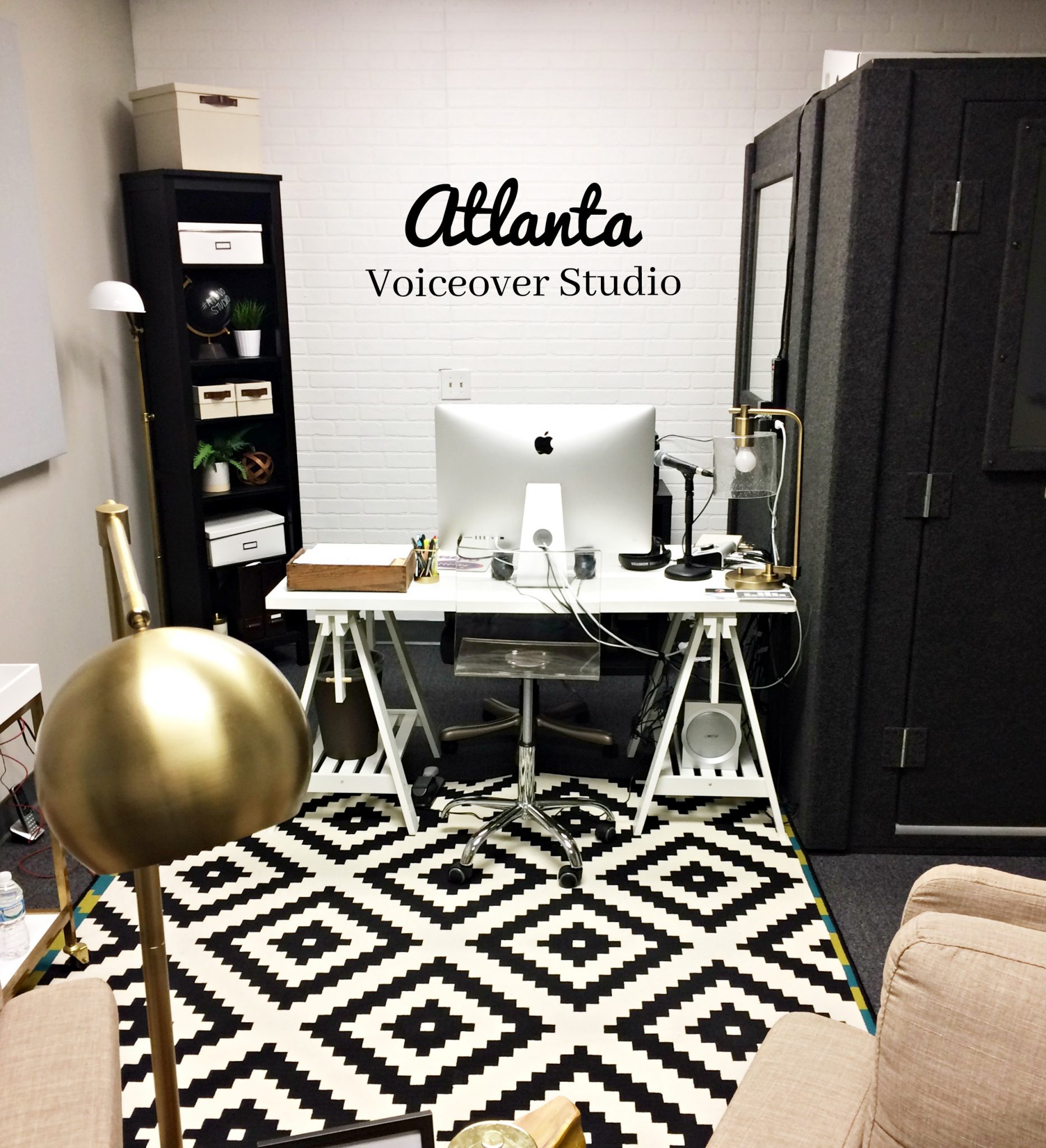 FROM RECORDING VOICE TALENT TO TRAINING

Our first Intro to VO workshop was in January of 2017, led by Brian Bremer. If you remember, we were in a 100sq ft space. Obviously that couldn’t hold a workshop, so we used the sound stage space since it wasn’t used on the weekend. From that came more questions and needs to meet. 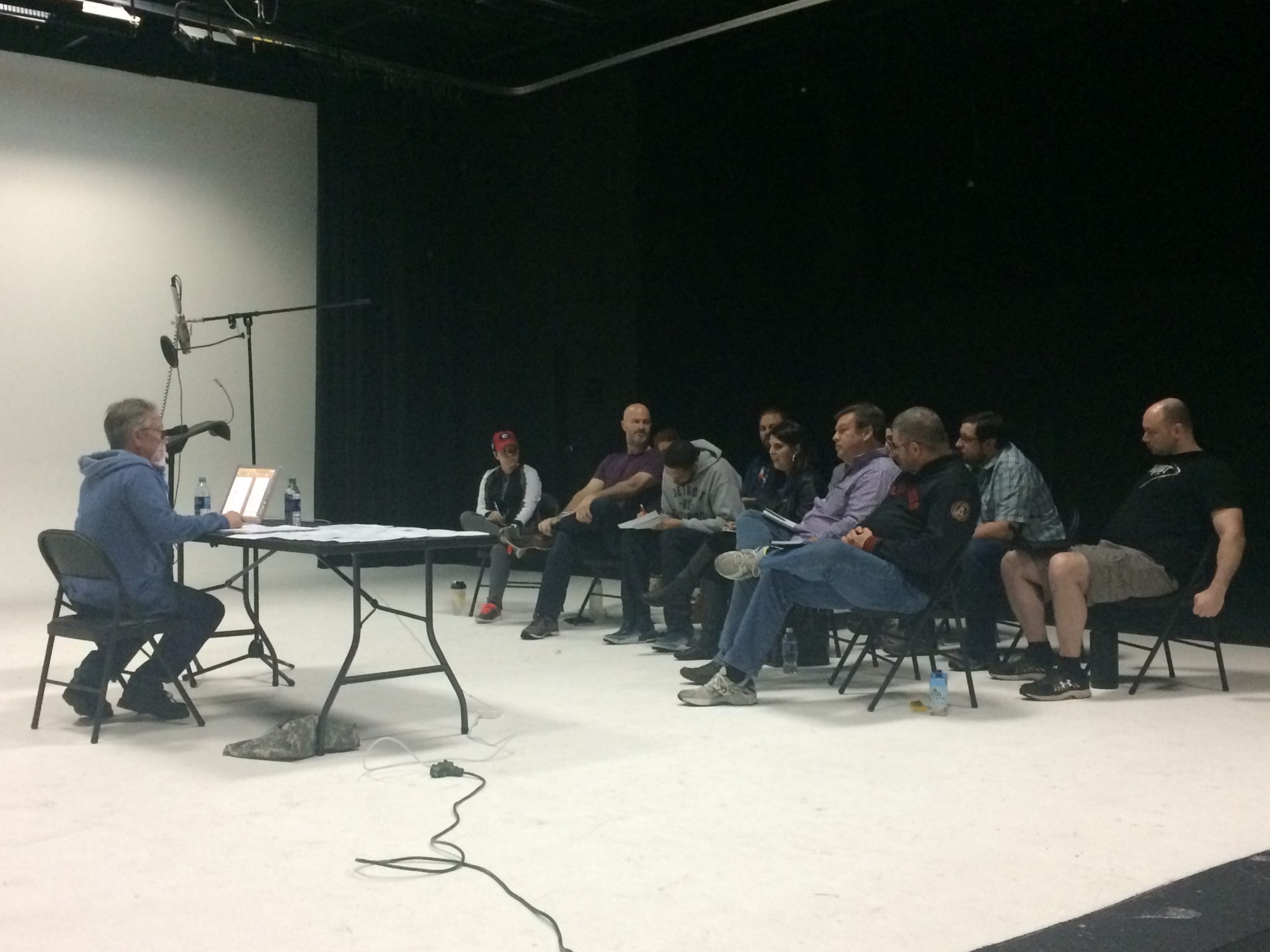 We decided to just try and do our best to meet the needs of the Atlanta voice talent and those trying to pursue a VO career.That 100sq ft space was quickly becoming way too small, so we moved across the hallway to a 400sq ft space. 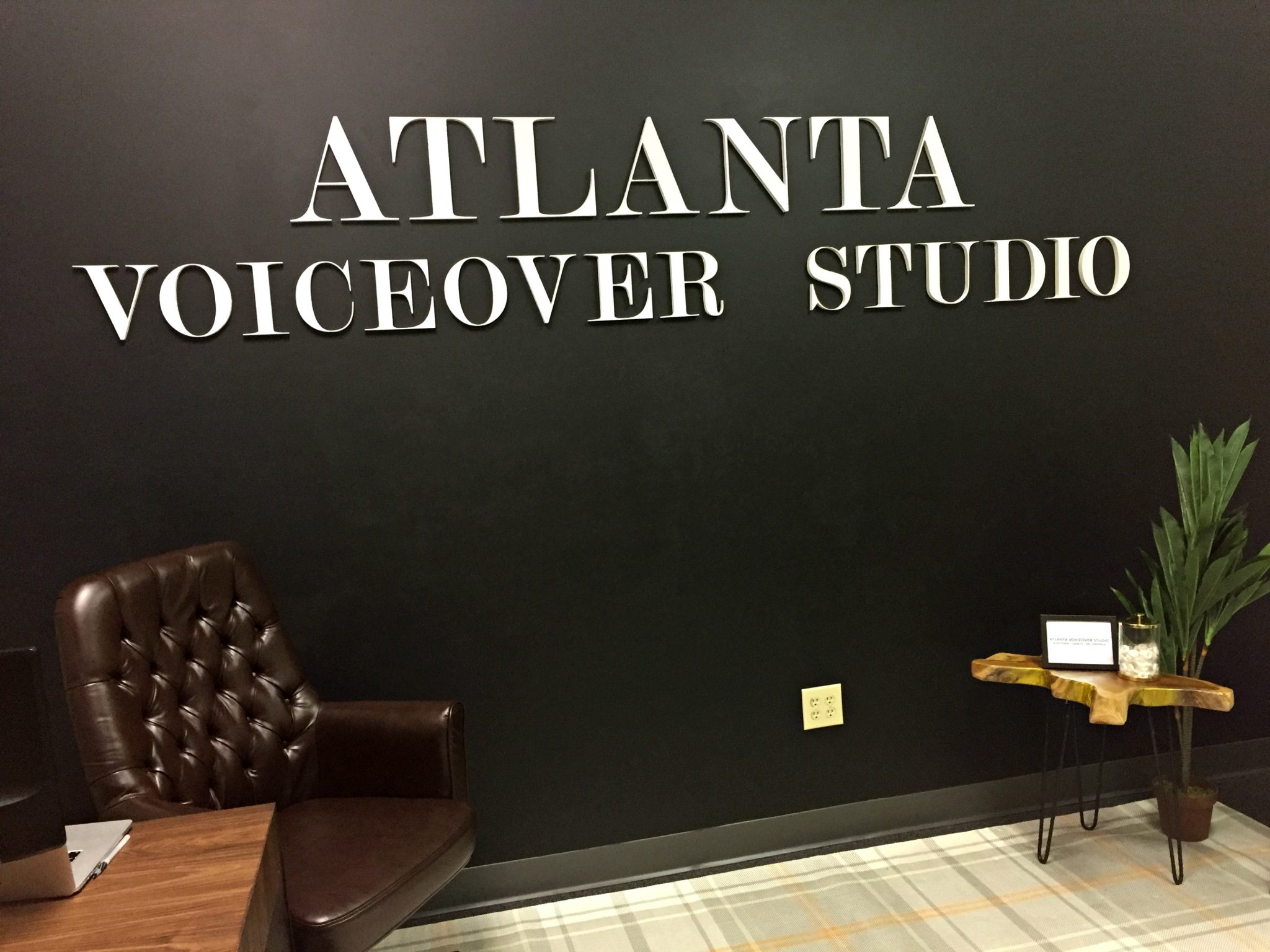 This was a year after we initially started Atlanta Voiceover Studio.

Adding more classes, workshops, bookings from ad agencies, TV shows and even a little Disney work, quickly made that space also too small. We started looking for another space about a year and a half in.

It took us forever to find a new space. Our lease was coming up and we had nothing.

On top of that, they decided to sell the building we were in so we had no backup options or pleas to stay a little longer. It was so stressful. I started thinking maybe I should call some local hotels to see how much it’d be to rent a room for classes, so they could continue.

We had less than a month to move and no new space. Mike took a tour of an office while I was out of town and sent me the video. It looked “good enough.” We couldn’t be too picky at this point.

We decided on that office with me only seeing a video walk through. Paperwork and insurance stuff took so long that the day we were supposed to be OUT, we still didn’t have the key for the new space.

We ended up getting the key past 4pm the day we were supposed to be out…but we had a class at 7pm that night! We asked our landlords if we could finish getting the rest of our stuff out the next morning and they agreed. Whew. It was CRAZY! Mike kept asking, “Where do you want to put X,Y,Z?” I said, “I have no idea, I’ve only walked through the space once in addition to the video you sent.” 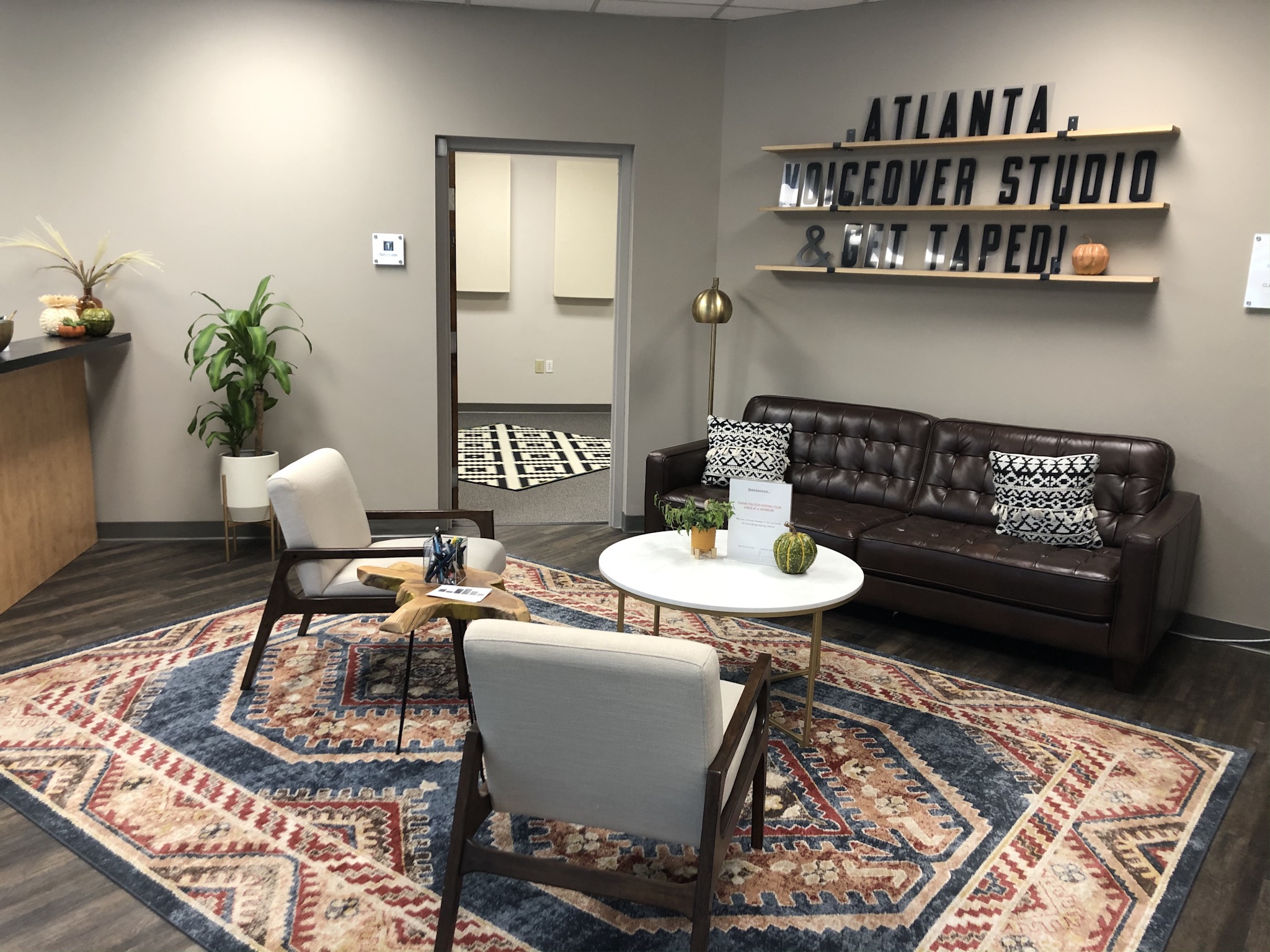 Thankfully, no classes had to stop. The summer of 2019 was non-stop, stressful and exhausting but we got it all done. So, currently, we’re in a 3200sq ft space that we share with Get Taped (taping service for on-camera actors). We have an awesome “MAIN TEAM” consisting of Hunter Bradley (Administrator), Rochelle Waxton (Engineer) and James Younger (video content creator + Adobe & Audacity instructor), in addition to 12 instructors (Jill Perry, Trevor Johns, Steve Henderson, Aaron Goodson, Sally Neal, Julie Shaer, Dan Fishman, Smith Harrison, Brian Bremer, Thessaly Lerner, Donovan Corneetz, Chloe Dolandis). Our main studio has been booked for video games, Food Network, Atlanta Homicide TV Show, Bentley and more. Due to COVID, our classes and workshops are ALL now offered virtually (some also in person). And we’ve created ProVoiceoverTraining.com that we keep building out.

Our heart has always been and continues to be to provide the resources people need to create the voiceover career they want. It’s been incredible to see some of the great bookings and victories of voice talent that come through Atlanta Voiceover Studio. 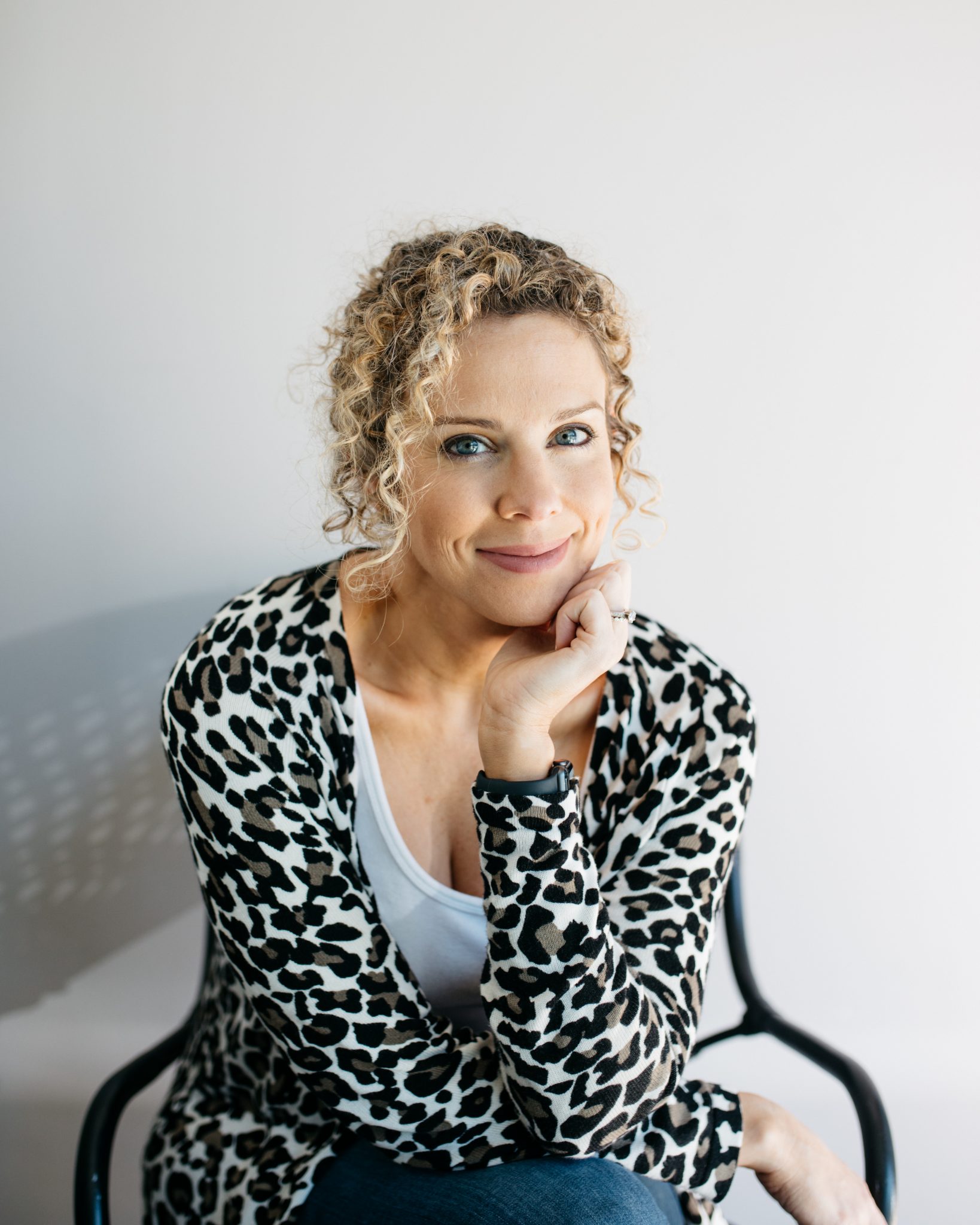 HOW IT’S REALLY BEEN OWNING A STUDIO

Real talk though – it’s hard. Mike and I have thought it may destroy our marriage, we’ve struggled to know how to be the best leaders, the best business people, have a balance between giving and making sure there’s a profit so we can take really good care of our employees and keep the studio serving students and there are always new problems that we don’t feel equipped to face. We’ve made mistakes, I’ve broken down on my desk many times, we’ve not dealt with things in the right way. And…all of that…without taking a paycheck. We make our income from our own voiceover careers. At the end of 2020, we did take a stipend to satisfy our accountant and the IRS.

It’s long hours and sometimes I feel like I can’t give anymore to the student that emailed me or the employee I know needs me to be a support to them.

But, if there’s one thing I’ve learned from voiceover, it’s the pushing through the hard stuff that gets you to the good stuff.

So we keep trying to make decisions based on the studios values:

This is more like an open hand approach to the business/direction. I knew I’d sometimes get in my head about competition or something not turning out the way I hoped. I wanted us to have a word as a reminder that this business is not our own or in our complete control. We have responsibility, yes! But there are instructors that will go somewhere else, employees that will leave, competitors saying negative things, etc. Having an open hand approach, reminding us to make decisions based on freedom and not fear, helps us stay healthy and focused on the steps in a positive direction.

We wanted this word as accountability and a boundary. With every class or workshop that goes on here, we think, “What value is this bringing students?” When we set a class price, we think, “Is this being a good steward of the students money?” This also goes for our instructors. We think about their time. The only part of this we’re not good with is stewarding our own time. This studio is like a newborn baby to us…our weekends and weekdays are filled with it morning to night. We’re trying to be better about that.

Mike and I defined this as, “Meet people where they are.” It’s a good reminder when you’re teaching a group of people that everyone will walk in at different places. Our job as teachers is to find out where someone is, meet them there and help them move a step further. This was an especially helpful reminder during COVID. We had to remember that everyone that stepped through our door had a different perspective, comfortability factor, need for reassurance, etc. We had to meet them where they were and make sure we were doing everything we needed to do to ensure everyone was safe and we had the healthiest environment.

As challenging as it has been, running Atlanta Voiceover Studio with Mike has been one of greatest times of growth.

I’m still moved to tears when I get an email from a voice talent saying they booked their first gig, had an ah-ha moment or just the look of someone really enjoying doing the work. Worth it!